August 02, 2018
Yesterday, 1 August 2018, concludes my 16 years of education, including the last trying 4 years of economics school in NTU. I was never the most academically bright student, but I'm glad after all the hustle and struggles, it's finally my turn to throw the cap! Also, please catch your cap, else it's gonna dent when it lands, ouch.

University was not an easy path. First year, first semester was the best high time of my uni life but it also wrecked me the most. I was introduced to so many things, including clubs lol. I enjoyed everything, from the camps, the friends, the late nights and all the fun we had. Every other week we would be hitting the clubs, else it was just another all-nighter to indulge in liver-damage activities, not to study. It was so often, alcohol was like water. What used to be my favourite sour plum shots, I now cringe at them eversince I puked cause of it. I started to skip lessons as a result of my sleep cycle being compromised, wasn't even sure why I was even in school. I was literally young, dumb and broke.

Came year one semester two, I knew I had to get my shit together. Not that I completely stopped, but I definitely cut down a hell lot and eventually end the degen life. But this did not mean I appeared as frequently in school and I was a hall phantom. My friends had made comments how they barely see me in school. Truth was, at a point of time, I really detested going to school, I would rather be working my ass off elsewhere. What they don't tell you about university is that everyone is on their own. They only tell you about the fun part about hall, and that is if you do go for hall camps.

Any other free time out of lessons, I was either studying or working. I wanted to pay off my $50K study/tuition bank loan by the time I graduate to avoid the interest rolling as much as possible. Education is expensive goodness. Would have been $50k richer if not for this stupid piece of paper and society's stereotype.


Year three, was pretty sad because some of my good friends were gonna graduate, they were already in their final 3rd or 4th year. I moved out of hall after the first two years. On days that I get a lift, I would reach at 7+am and my study buddy would always without fail be there at one-stop study area at 8am to study together, we were so early, we grew sick of Mcdonald's breakfast. This was also the year where I volunteered to be a fake freshie for UOC camp, because I missed out UOC camp as a freshie. I was so glad I did, cause damn, was it nostalgic.

Things gradually changed. I attended almost every single lessons every week in my last year, despite a 2 hours journey. Probably got possessed overtime lmao. Some days I got lucky with a lift to school, so thank you too. But I was still disconnected from school that till today I have no idea whether Economics falls under Humanities or Social Sciences since its separation.

Fast forward 4 years later, it feels so surreal to be there on the stage with my fellow course mates, whom I'm so thankful for who have helped me in one way or another through this journey.

It's been a good run, 16 years of education. I'm so thankful for all the little things and all the people who appeared in these four years. Just a little sad that it's so difficult to keep up with friendships nowadays. 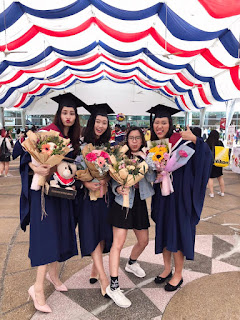 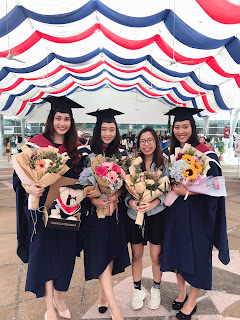 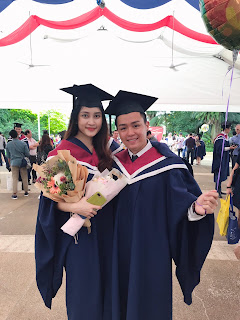 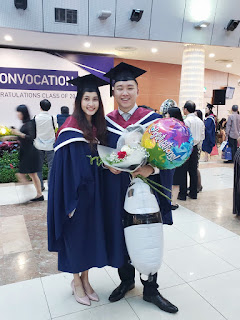 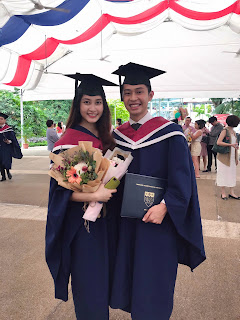 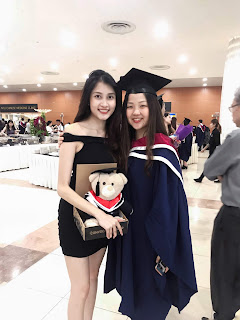 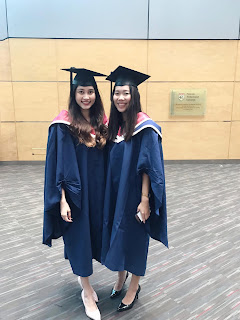 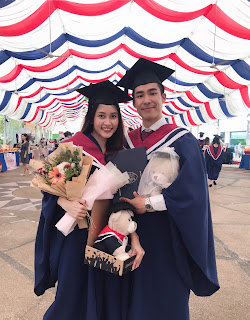 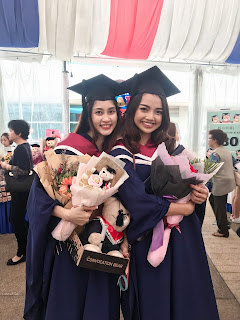 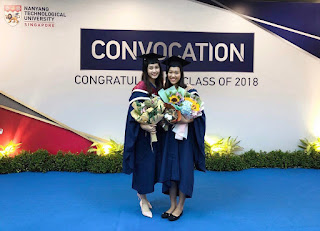 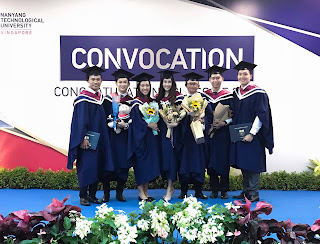 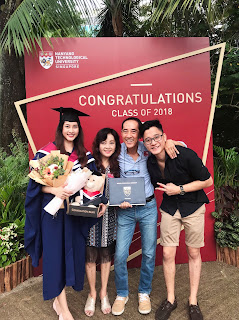 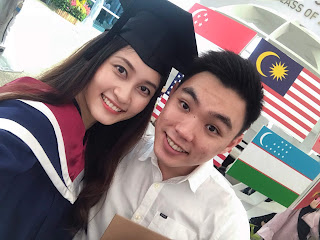 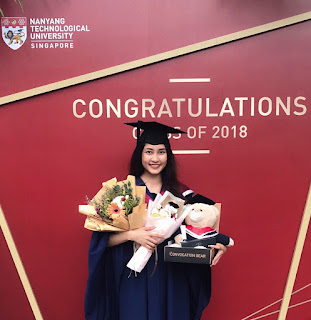 Thank you for all the memories and experiences.
Hope I have made my family proud.
To God be the Glory ✞

Popular posts from this blog 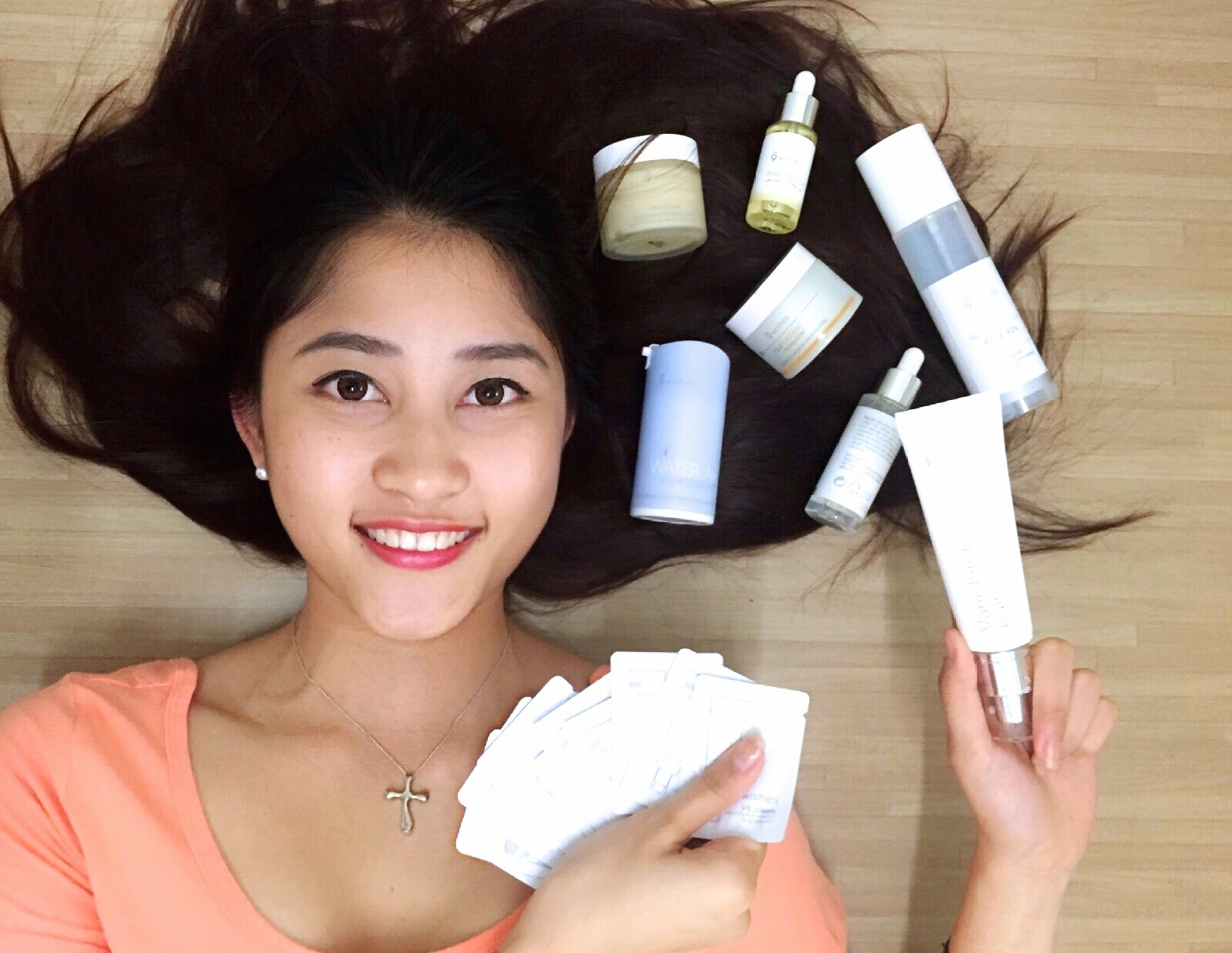 Happy Mid Week Y'all (-:
A week ago, 9 wishes had sent me some of their products with some samples from Korea to try out (really sweet of them 💓) They provide a large range of skincare product, which I'll elaborate on in no time!

9 wishes is a highly recognised company for it's skincare products. Because of their reputable skincare products which works wonder, many have headed over to Korea in search of 9 wishes themselves. The many well deserving recognitions 9 wishes have earned.


Wanna know what many celebrities in Korea have been using?
It's the VANISHING BALM!!!! (stay tuned for their upcoming promotion this February)


This multitasking complexion enhancer is alcohol- free, fragrance- free. Formulated with a combination of vitamin B3, B5, C, E and botanical extracts to improve skin tone, texture while minimising the appearance of fine lines and pores (as shown in the pic above).
All you need is just a small drop of it and it's sufficient to cover the …
Read more 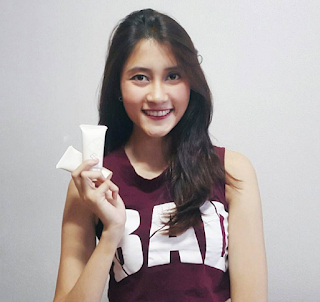 It's super troublesome to be a lady at times, having to make sure we gotta take care of our skin. Applying skincare products can amount up to different components, from serum, cream, makeup base, foundation, face powder, concealer, prevent sebum, and UV (sunscreen) to adding more colours. Sounds a hell lot of products yeah? Hence we now understand one of the reason that explains why girls take so long at the dressing table!

With SANA Maikohan BB Cream, it has 8 functions in just 1 BB Cream. How amazing is it? Say yes to more beauty sleep!!
Using the new technology, BB Cream changes to powder-like texture in 3 seconds after application, therefore there's no need for face powder anymore!  This silky fit powder covers pores and the skin's roughness naturally. Unnoticeable oily-pores gone.
The cocoon silk fit structure leaves your skin feeling silky smooth and moisturised inside, ending with an amazing silky smooth touch. Essentially there are 6 kind of extracts keeping your ski…
Read more

BIORIGINE TEA- For a flatter tummy, for a healthier you! 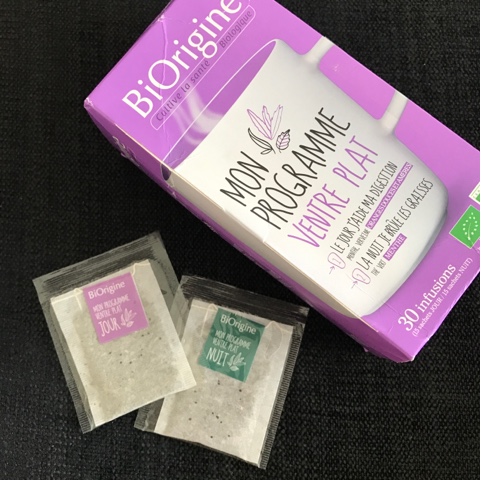 As much as being pretty slim, having a flat tummy is v important imo! My tummy gets in the way at times, cause clothing would look as great as what they ought to be. Honestly this tea makes me feel better and lighter every morning during the entire course of this programme. I didn't lose a lot of weight in this process but rather my weight maintained and I felt healthier.
People around me would know that I ain't a fan of tea, so for me to start on a 15 days programme could be quite a turn off for me. But being aware of the after results- of a flatter tummy via detox and it also appeases your appetite and boost metabolism rate, I decide to give BiOrigine Mon Programme Ventre Plat tea a shot. Originating from France together with 100% organic ingredients, of course I had to put it to good use right?

This 2- step process is haste free and it tastes decently good for me, so fret not if you ain't a tea-lover like me. This process includes a cup of tea in the morning and at night.
…
Read more